RESCHEDULED: Live Under the Big Top featuring Sarah and the Sundays
7 to 8 p.m.
Other - see description for details
Add to Google Calendar Export to iCal 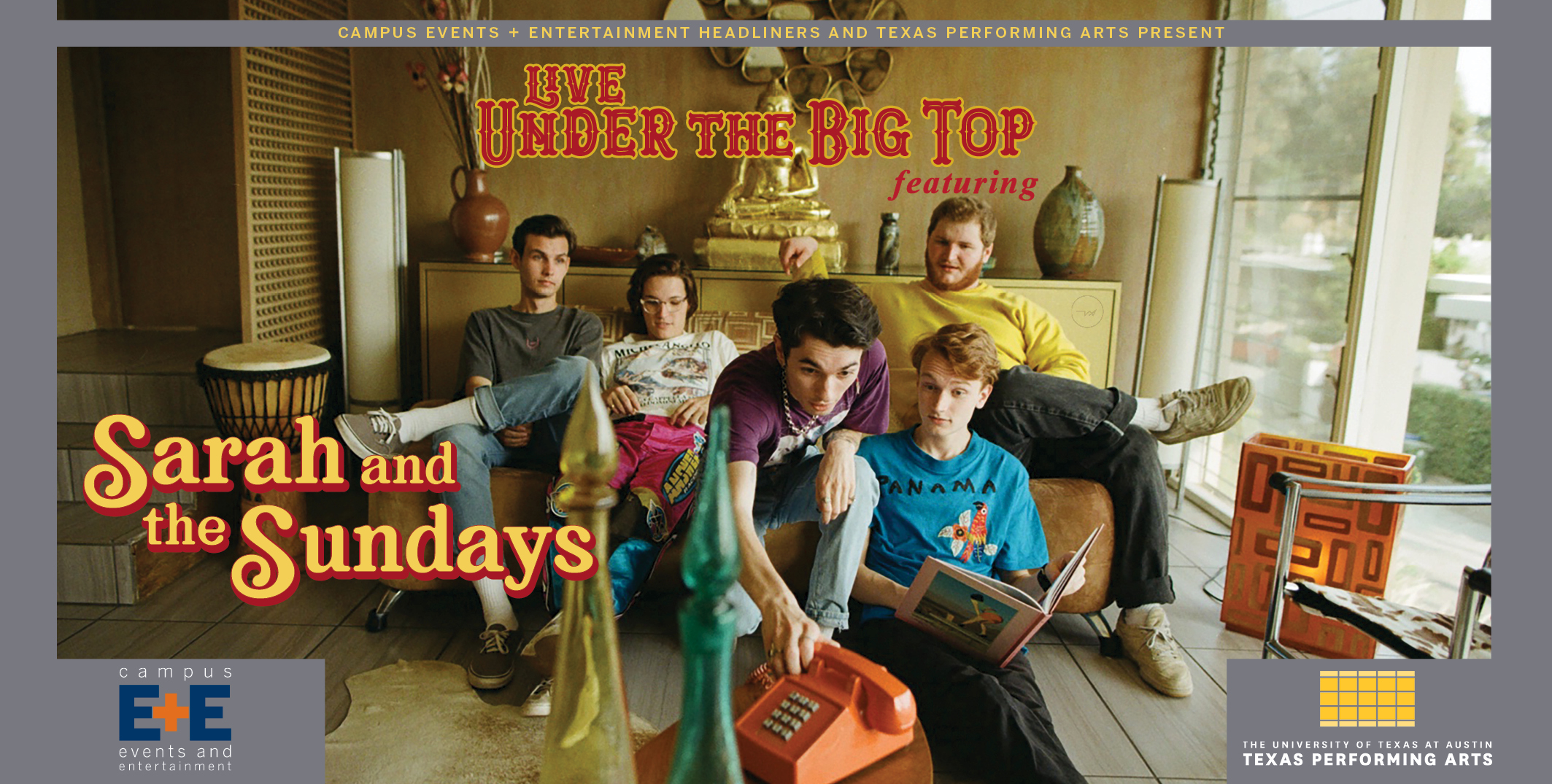 PLEASE NOTE: THIS EVENT HAS BEEN RESCHEDULED FOR TUESDAY, MARCH 9 DUE TO INCLEMENT WEATHER

Join Campus Events + Entertainment and Texas Performing Arts for our next episode of Live Under the Big Top. E+E Headliners continues to work to bring live music back to the 40 Acres, and our next featured act is Austin's own Sarah and the Sundays. Due to current circumstances, the performance will not include a live audience. It will be live-streamed via the Campus Events + Entertainment YouTube page. The performance will also include an interview with the band.

Sarah and the Sundays is an indie rock band composed of five former collegiate students. Guitarist Miles and childhood friend Declan began toying with the idea of forming a band in early 2015. It wasn't until later that year when they would meet Liam, current lead vocalist, in guitar class. In need of a bassist, Declan and Miles invited Liam to join the band, unaware of what the future might hold. As time progressed, Declan, Miles, and Liam began to realize their passion for music, pushing them to begin creating songs of their own. Their debut album I Don't Know Yet was released in October of 2017, and shortly after, the band welcomed Quinn as their drummer. Liam's college roommate Brendan recently joined the band as a second guitarist, you can hear him all over their sophomore album So You're Mad About the Cups. The band just recently relocated to Austin, TX where they plan to play as much as they can, so be sure to find them on Instagram @sarahandthesundays to see where they’re playing next.